Marie Mason is a name that’s well known to us at Critical Moment and, indeed, to many activists around the world.

She’s a political prisoner, an anarchist, earth and animal liberation activist, who’s serving out a 22-year federal prison term after pleading guilty in 2009 to 13 counts of property destruction. No one was injured in any of the actions, which included targets such as a GMO research lab, logging equipment, and an environmentally destructive housing development.

Mason, a former Detroiter, is considered a Green Scare political person prisoner because of the application of a federal terrorism enhancement provision to ensure a long prison term. Outside the prison walls, she’s known as an Earth First! and IWW organizer, and as a musician, writer, and artist.

It’s this latter identity that’s got us talking today.

An exhibition of her prison artwork will be showing at the Cass Cafe in Detroit from June 13 to 21. It features paintings done at Carswell Federal Prison, Fort Worth, Texas. The works were created by Mason over the last two years, and many of them prominently feature animals and scenes from the natural world.

The paintings can be viewed on the restaurants second level gallery. The opening reception for “Marie Mason: Prison Work” is Friday, June 13, 2014. The event runs from 7 to 10 p.m. The Cass Cafe is located at 4620 Cass Ave. in Detroit. 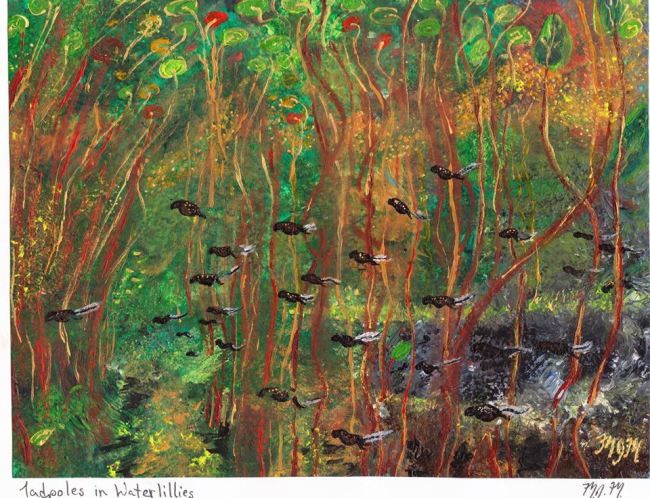